Greater Victoria Crime Stoppers is seeking the public’s help in locating the following individuals who were wanted as of Oct. 24, 2017.  Erickson Lopez Delalcazar is wanted for breach of recognizance and undertaking. Delalcazar is described as a 37-year-old male, five-foot-seven, 160 pounds, with black hair and brown eyes.   https://www.vicnews.com/news/greater-victorias-most-wanted-for-the-week-of-oct-24/

Police seized a safe from the home and opened it on Monday (Jan 28th) to find another 42 kilograms of cocaine in addition to the 25 kilos seized last Tuesday.

Last week police stopped a vehicle believed to be involved in a drug deal and a subsequent search of the car and a home turned up the drugs, three hand guns, a rifle, more than $200,000 in cash — and the safe.

“We were very surprised to find that amount of cocaine in the safe. We didn’t think there would be cocaine in it at all, which is why the delay in opening it until Monday,” Sparrow said.

The amount of cocaine found leads police to believe the drugs are linked to organized crime, though they are not sure yet if there are gang affiliations involved.

Testing to determine whether 600 pills seized in raid contain fentanyl 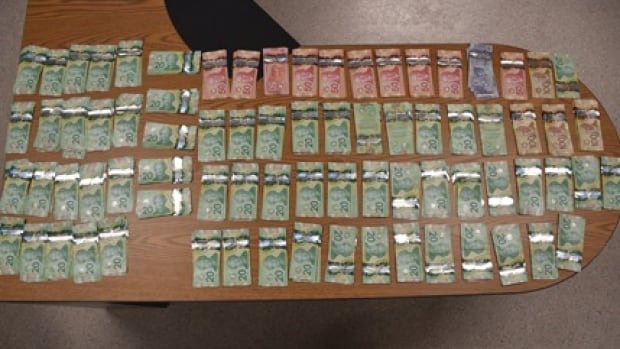 Three men have been arrested following an RCMP search of a home across from an elementary school in Langford B.C. that turned up cash and pills.

RCMP seized more than $26,000 in cash, Jan. 6, at a residence in the 2700-block of Jacklin Road along with about 600 pills which are being tested to determine if they contain fentanyl or another controlled substance.

Two of the men, described by RCMP as “known criminals” were charged with possession for the purpose of trafficking: 41 year old Edgar Acevedo and 37 year old Erickson Delalcazar of Langford.

After a court appearance on Monday,  Delalcazar was remanded in custody while Acevedo was released on bail.

These two suffer from short-man syndrome. That’s why they slap women around.

2010 Domestic Assault – Ban on Publication (A 29-year-old Esquimalt man has been sentenced to two years in jail, followed by three years probation, in connection with a violent incident at a packed Denny’s Restaurant in the early morning of Oct. 17, 2010.)

Neighbours said police officers armed with assault rifles surrounded the house about 5 a.m. and arrested a man and his girlfriend. Two luxury vehicles were also seized.

Neighbours said the man, Jefferson Delalcazar, was back by that afternoon.

Questioned by neighbours about what happened, Delalcazar said police were looking for drugs but did not find any.

He and his girlfriend have been renting the house for the last four months. Delalcazar has not been charged.

Man sentenced for two assaults at a restaurant

A 29-year-old Esquimalt man has been sentenced to two years in jail, followed by three years probation, in connection with a violent incident at a packed Denny’s Restaurant in the early morning of Oct. 17, 2010.

On Tuesday, B.C. Supreme Court Justice Malcolm Macaulay gave Delalcazar credit for the seven months he already has spent in custody. This means he must be incarcerated another 17 months.

Moraitis tried to escape by climbing over a divider to another booth, but Delalcazar caught her, grabbed her by the hair, threw her to the floor and punched the back of her head. People in the restaurant pulled Delalcazar off her.

During sentencing, Moraitis made a long, emotional statement on behalf of Delalcazar, telling the court that he has severe problems with anger and control that become much worse if he drinks alcohol.

“Even her willingness to offer excuses for his behaviour is a partial indication of their abusive relationship,” Macaulay said.

“The court must not countenance any man beating up any woman with whom he has a relationship. No matter how much she may have expressed her anger towards the offender that evening, Miss Moraitis did not deserve to be publicly humiliated and beaten up.”

Eldriegson Lopez Delalcazar is gainfully employed, although he too has a history of violence against women.

Mr. Havelaar testified that he heard Mr. Delalcazar ferociously say to Emma Kunz that he would slap her, quote, “Like the whore she is.”  He testified that both of these young men took aggressive stances, that obscenities such as “you fucking whore” were directed at Ms. Kunz, repeated more than once, in addition to the fact that Mr. Delalcazar was going to slap her. . . .

Mrs. Kunz confirmed that particular evidence.  She heard Mr. Delalcazar swearing at her, said to her that he would smack her face in and that it was repeated, quote, “over and over”.  She testified that, Mr. Delalcazar was right behind me” and that he was shaking his fists at her.  She reiterated that they never said one word to this group of young people.  She described them as a mob, and in these circumstances, I cannot disagree with that characterization.

Domestic violence and abuse are used for one purpose and one purpose only: to gain and maintain total control over you. An abuser doesn’t “play fair.” Abusers use fear, guilt, shame, and intimidation to wear you down and keep you under his or her thumb. Your abuser may also threaten you, hurt you, or hurt those around you.

In discussing why abusers abuse , it’s clear that a lot of the causal factors behind these behaviors are learned attitudes and feelings of entitlement and privilege — which can be extremely difficult to truly change. Because of this, there’s a very low percentage of abusers who truly do change their ways.

The Delalcazar Brother’s and Vid have a long history of domestic violence against former and current partners.  They have not changed.